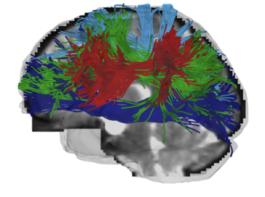 Sex-specific differences in the psychosis high-risk state and schizophrenia

Sexual dimorphisms in schizophrenia have been well documented in a range of areas including symptomatology, treatment response, and outcome. However, one of the most robust findings is the earlier onset of illness in males. Females have also been shown to respond better to treatment, to recover to a greater degree even in the absence of medication, and to show a more benign course of illness. Since much of this research has been conducted with individuals with established diagnoses, there is less known about sex-specific differences in those individuals who are at clinical high-risk for developing psychosis (CHR). Given the demonstrated impact of sex on illness course and outcome, the investigation of sex-specific pathologies in CHR individuals could lead to the identification of biomarkers which might be crucial for developing more effective sex-specific therapeutic interventions.

This project aims to characterize sexual dimorphism of language areas in the brain by investigating the white matter tracts relevant to verbal working memory in CHR patients (who later on convert to psychosis or not) compared to healthy controls (HC). Specifically, deficits in verbal working memory have been repeatedly shown to be more severe in CHR individuals who later convert to psychosis compared to those who do not. Two-tensor unscented Kalman filter tractography, followed by an automated, atlas-guided fiber clustering approach, will be used to identify the superior longitudinal fasciculi (SLF) I, II and III, and the superior occipitofrontal fasciculus (SOFF). Fractional anisotropy of tissue is the primary measure of interest. First analysis revealed a significantly greater right>left asymmetry of the SLF-III in CHR females compared to HC females, but no hemispheric difference between CHR vs. HC males. Moreover, the laterality index of SLF-III for CHR females correlated negatively with Backward Digit Span performance, suggesting a greater rightward asymmetry was associated with poorer working memory functioning. This finding of sexual dimorphism in white matter asymmetry in a language-related area of the brain in CHR highlights the need for a deeper understanding of the role of sex in the high-risk state. Future work investigating early sex-specific pathophysiological mechanisms, may lead to the development of novel personalized treatment strategies aimed at preventing transition to a more chronic and difficult-to-treat disorder. The team includes Christoph Mulert, Gregor Leicht, Jonas Rauh, Felix Nägele, Marius Mussmann, Mina Langhein, and is in collaboration with Martha Shenton, Amanda Lyall, Suheyla Cetin-Karayumak, Fan Zhang, Tashif Billah, Nikos Makris, Ofer Pasternak, Lauren O'Donnell, Yogesh Rathi, and Marek Kubicki from Harvard Medical School.